What Does The Adobe Digital Publishing Suite Mean for Mobile Learning? 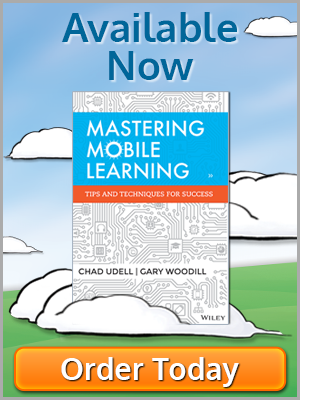 If you paid any attention to what Adobe unveiled at MAX in October of 2010, it was hard to miss the Martha Stewart appearance and the big announcement of the birth of the digital magazine. While this seems like a big new product, historically, Adobe has always been known for their great use of graphics and multimedia. Recently, Adobe released a product called Adobe Digital Publishing Suite. The suite is still in Beta and will not reach final release until the second quarter of 2011.

The concept is cool, really. You create a project using a designer’s familiar toolkit, Adobe InDesign. You then bundle the “stacks” of a digital magazine to produce an ‘issue.’ The Bundler product is highly intuitive and easy to use, which is great for a graphic designer who might not be familiar with programming or mobile tools. Designers have total control of the layout and can preview an initial design on a simulator, which is very close to the end product. Adobe listed its goal of the Adobe Digital Publishing Suite as “ to enable customers to deliver magazines, books, newspapers, and corporate collateral in print, online, and on any device, such as tablets, smartphones, and e-reading devices.”

If you missed that video introduction to the tool, here it is:

The beauty of the software is that there is very little code to write and the software focuses on layout design and rich media. I agree with Patric King’s statement that: “I have been waiting for a solution to happen for designers (not necessarily developers and coders) to use in content creation.” This tool looks to do just that!

Coming from a print background, I have learned over the past five years how to do a little programming, create rich motion graphics and edit video to thrive in the industry. However, it is refreshing to hear a new product has arrived that focuses more on design quality and integrity rather than programming or other “non-design” technology. The Adobe Digital Publishing Suite doesn’t sacrifice design quality or brand integrity and preserves a direct relationship with readers familiar with their print editions.

Here at Float, I recently completed a project that used Digital Publishing Suite and found my design process to have very few constraints. It was easy to create an engaging reading experience with interactive elements using Adobe InDesign. Listed below are some of the features that can be created with Adobe Digital Publishing Suite:

The project is easy to build provided you follow the directions for publishing and rules for naming conventions. This sort of rigor in organization is something that rich media designers are likely very used to, but designers coming from lower-end rapid design tools might find this a bit constraining and possibly confusing. The first step was to create the page layouts using InDesign in both vertical and horizontal formats. Next, taking into account the design goals we had for the piece, we determined the interactive media approach we would be using. I ended up using two methods to create interactive objects. The first was building some simple interactive content directly in InDesign and the second was using the Overlay Creator. The interactive content in InDesign consisted of creating hyperlinks and navigational buttons. I utilized the Overlay Creator for embedding video that was placed into the InDesign file. Once all of the interactivity, design and elements were created, I bundled the files using the Adobe Digital Content Bundler. Before the files are bundled, it is important to note they must be named properly, and be placed in a specific folder structure. The screenshot here is an example of how the folder structure is set up (Click to enlarge it).

As part of the bundling, the designer must create a PNG file for the table of contents within the stack folder. After the content is bundled you’ll have created an ‘.issue’ or ‘.folio’ file. This file is used to load onto the iPad using Adobe Content Viewer via sideloading. The current public Beta does not provide a public solution to distribute or sell branded content through Apple iTunes, though this is a main feature of the final release and participants in the private prerelease are already publishing to the store according to some reports.

As it stands right now, having to rely on Adobe to package the IPA and the Apple App store to distribute it limits it wide use within companies as a mobile learning tool. This can perhaps change if Adobe customers demand an easier deployment model. It’s easy to see applicability in turning stacks of PDFs, PPTS and lots of other existing marketing, sales, performance support and educational content into rich accessible digital publications.

If Apple’s AdHoc or Enterprise distribution models could be used with this toolkit, publications created with it could then be more widely used to replace materials that are utilized for handouts, performance support or reference sheets. This would result in the materials being improved with video and other interactive content, resulting in higher engagement and most likely higher information retention. Another big plus is a “green” component in that there would be waste reduction and eliminating the need for printing materials. And no printing means less costs, too.

So what does Adobe Digital Publishing Suite mean for mobile learning? Well, with the aforementioned constraints on how the final deployment works, it’s going to be a tough sell to internal training and communication groups. Assuming that those limitations are addressed soon enough, even though Adobe Digital Publishing Suite has been advertised as a publishing path for consumer magazines, it obviously has the tremendous potential to be used for learning purposes. Many corporations already have elearning content created that needs to be transferred to a mobile media platform. It’s been tough to identify an easy solution to migrate these assets, however, without incurring massive costs in redeveloping them or using esoteric technologies which often result in the design losing much of its original intent or flavor. Adobe Digital Publishing Suite can definitely offer that solution. Since InDesign is a commonly used software product for design efforts, designers would be able to transfer the elearning content with minimal difficulty. If the original design was made using Illustrator or Photoshop, the design can be transferred to InDesign without altering the current design layout. These projects can be completed in a timely manner because of the ease of deployment, and the fact that virtually no application development skills are needed.

Coming from a print design background, it is good to see that the old design methods are blending into the future of mobile media. Adobe Digital Publishing Suite allows designers to be freethinking and innovative in their design approaches. It is no question that mobile platforms are growing and are in the future for all designers. It’s great that Adobe recognizes this and is putting the tools out there for designers to take advantage of it.

Heather is a UI/UX specialist for Float. Heather takes the lead on all aspects of the user interface process including design and testing. She is responsible for providing the data layer design, resources and alternative paths in order to accomplish objectives using in-depth Web and application design and development experience.

One Response to What Does The Adobe Digital Publishing Suite Mean for Mobile Learning?